#VW agrees to fix, buy back more polluting U.S. diesel vehicles, WASHINGTON Volkswagen AG has agreed to a $1 billion settlement to fix or buy back another 80,000 polluting diesel vehicles sold in the United States as the German automaker on Tuesday took new steps to put its emissions cheating scandal behind it. The world's No. 2 automaker still faces the possibility of spending billions of dollars more to resolve a U.S. Justice Department criminal investigation and federal and state environmental claims, as well as oversight by a federal monitor. 21/12 More...

#VW reboots Americas strategy, drops diesel in U.S., WOLFSBURG, Germany Volkswagen said on Tuesday it would drop diesel vehicles in the United States and refocus on sport utility and electric vehicles, as the automaker looks to reboot strategy for its core brand in the Americas in the wake of a damaging diesel emissions cheating scandal. 22/11 More...

#The new Golf opens for order in the UK in 2017., Volkswagen is digitalising the most successful model in the Group’s history – the Golf – with a major update. The main focus of the 2017 model year is – alongside new engines, keener design and new assistance systems – a completely new generation of infotainment systems. As a world first in the compact class, the top-of-the-range “Discover Pro” system can be operated by gesture control.New TSI engines and a new 7-speed DSG. The progressive digitalisation is accompanied by the enhanced EA211 TSI engine family. The new Golf initially sees the debut of the new turbocharged petrol engine, the “1.5 TSI Evo” – a 110 kW/150 PS four-cylinder turbo with Active Cylinder Management (ACT). This will be followed by a BlueMotion version producing 96 kW/130 PS. 10/11 M ore...

#CO2 issue largely concluded, No unlawful change to the stated fuel consumption and CO2 figures found to date only a small number of the model variants of new cars will have the catalogue figure slightly adjusted. Wolfsburg, 9 December 2015 – Just a month after questions relating to the CO2 figures measured on some of the Group’s models arose, Volkswagen has largely concluded the clarification of the matter.

Following extensive internal investigations and measurement checks, it is now clear that almost all of these model variants do correspond to the CO2 figures originally determined. This means that these vehicles can be marketed and sold without any limitations. The suspicion that the fuel consumption figures of current production vehicles had been unlawfully changed was not confirmed. During internal re-measurements slight deviations were found on just nine model variants of the Volkswagen brand.

Have you ever felt the freedom of staying and sleeping in the same place as where you just enjoyed a beautiful sunset? or, how about the feeling of getting out of your bed and listening to the waves? Then it is time to think it may be possible. Hiring a Caracolvan camper offers you the opportunity of enjoying all of the above. Are you a lover of open spaces and nature?

During the day the passenger seat can be swivelled around to create a relaxing lounge/dining area and then at night, the back bench seat quickly and easily converts into a bed. If you prefer, there is also an additional bed in the elevating roof. 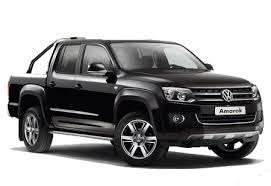 Most commercial vehicles are long on dependability and a bit short on luxury, but the Volkswagen Amarok pick-up has always bucked that trend by blending an SUV style interior with refined road manners – and now with this Amarok Ultimate limited edition, there’s an even higher level of equipment on offer, too. Just 500 of these Ultimate versions will make it to the UK, and you can tell it apart from lesser models thanks to an Amarok first: LED running lights as part of the bi-xenon headlights. There’s also a set of 19-inch polished alloy wheels and some extra, bright trim parts and window tints to complete the look. Its rugged design is highlighted by the chrome rear bumper, load bay bar and grille strips, which give the Amarok even more presence.

Looking for a chilled-out, music filled, weekend camping vw show?: Then look no further than to our Field of Dreams Aircooled VW Show: 2020. If you haven't already bought tickets, then Click here to buy tickets before it's too late.

Volkswagen Group United Kingdom has partnered with Autogreen Ltd to provide a Government-approved national network of certified dismantling companies. They will take care of the environmentally friendly recovery of your car once it's reached the end of its life. To find your nearest Volkswagen Group-appointed recycling facility visit rewardingrecycling.co.uk or call 0800 542 2002

If you know a thing or two about your aircooled engine, have enough funny experiences to keep a camp fire crowd entertained, or simply have a few dub tips you'd like to pass on - email us today, we would love to hear from you.